The Newport News Seafood Industrial Park (SIP) is one of the nation’s premier seafood harbors and an important part of the city’s economy. The SIP is owned by the city and managed by the city’s Harbor Master, Doreen Kopacz. It is home to a number of seafood and other water-dependent companies. It provides full-service accommodations to the seafood industry, including utility hook-ups and vessel fueling, service and repair.

The city leases land on a long-term basis to the companies located at the SIP. The companies own the facilities built on that land. Besides land rent, the city obtains revenue from its operation of the SIP from mooring fees. Land rent brings the city more than $481,000 per year and mooring fees have totaled more than $3.8 million since they were first collected in 1989. Businesses also pay real estate property taxes, vessel taxes and machinery and tool / business property taxes to the city.

If you have questions or would like additional information about the Seafood Industrial Park, please contact Doreen Kopacz, Port Development Administrator, via email or at 757-247-8437. 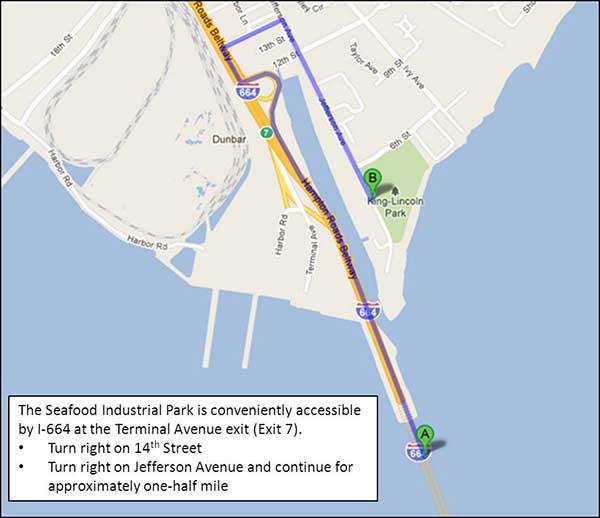