Newport News Waterworks is committed to providing a reliable supply of high-quality water to our customers. Your drinking water is treated and tested using state-of-the-art equipment and advanced procedures, and it meets state and federal standards for quality. 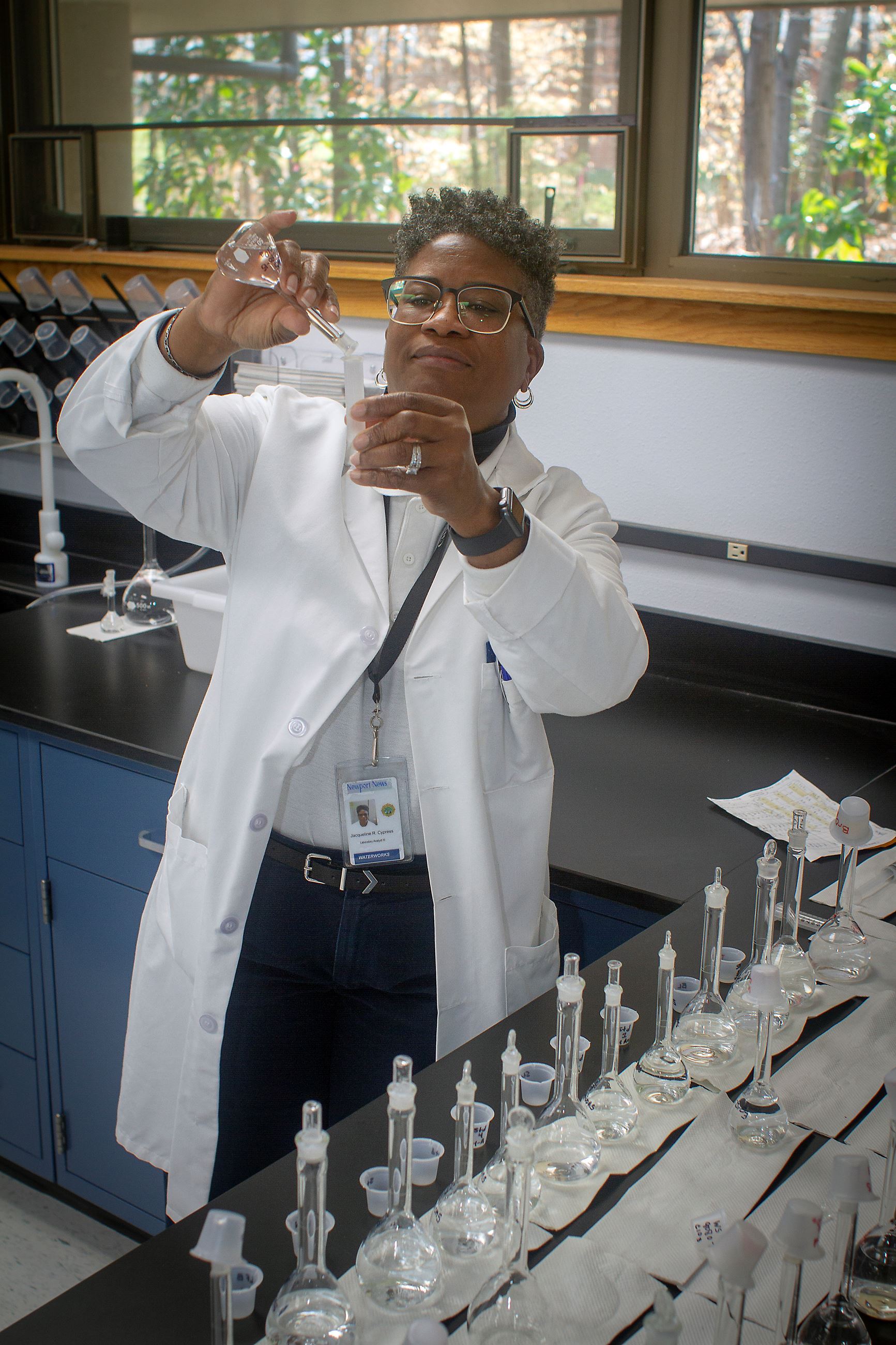 Waterworks treats both surface water and brackish groundwater. The surface water is pumped from our reservoirs to our treatment plants. The water passes through screens and then aluminum sulfate (alum) and polymer are added. These chemicals cause tiny particles in the water to cling together (coagulation), making the particles easier to remove. After the water is clarified, ozone or chlorine (disinfection) is added to kill microorganisms such as bacteria and viruses. The water is then sent through filters to remove any remaining particles (filtration). Lime is added to adjust the pH, fluoride is added to prevent tooth decay in children, and zinc orthophosphate is added to control corrosion inside the pipe system. Finally, chloramines, the secondary disinfectant, are added to maintain disinfection through the pipe system to your home or business.

Initially in 1991 the United States Environmental Protection Agency (EPA) mandated that water utilities do two 6-month consecutive samples of their distribution system specifically testing for levels of lead and copper. The number of sample sites was determined by EPA and was based on the population of the serviced area. Compliance is based on the 90% of the samples (90th Percentile) having a lead concentration less than or equal to 15ug/L and a copper concentration less than or equal to 1,300 ug/L. If both of the initial 6-month samplings results do not exceed the 15 ug/L Lead Action Limit then the utility could reduce the frequency of sampling to annually with a reduced number samples with State’s approval. Once again if the samples from the three annual sampling events did not exceed the Action Limits for Lead the utility could further reduce the frequency of sampling to once every 3 years with State approval. Annual and triennial sampling occurs during the summer months (May-September) because these are the months in which the highest lead levels are expected to occur.

The results are given in micrograms per liter (ug/L) or parts per billion (ppb). Under the authority of the Safe Drinking Water Act, the Environmental Protection Agency (EPA) set the Action Level for lead in drinking water at 15 ug/L. The Action level is the concentration of a contaminant which, if exceeded, triggers treatment or other requirements which a water system must follow.   For compliance with the Lead and Copper Rule, 90% of the samples collected and analyzed (90th percentile value) must have a lead concentration less than 15 ug/L or copper level less than 1,300 ug/L.

For the Newport News Waterworks (Lower Peninsula) System, 50 samples were collected. The 90th percentile for lead concentration was <1.00 ug/L;  two samples had detectable lead. The highest lead sample had a concentration of 9.86 ug/L. The 90th percentile for copper was 101 ug/L,. For copper, the range was 7.19-311 ug/L, with the highest copper concentration at 311 ug/L.
Bill Pay
Jobs
Property Information
Taxes
Permits
Solid Waste
City Council
Visit Us
Government Websites by CivicPlus®
[]