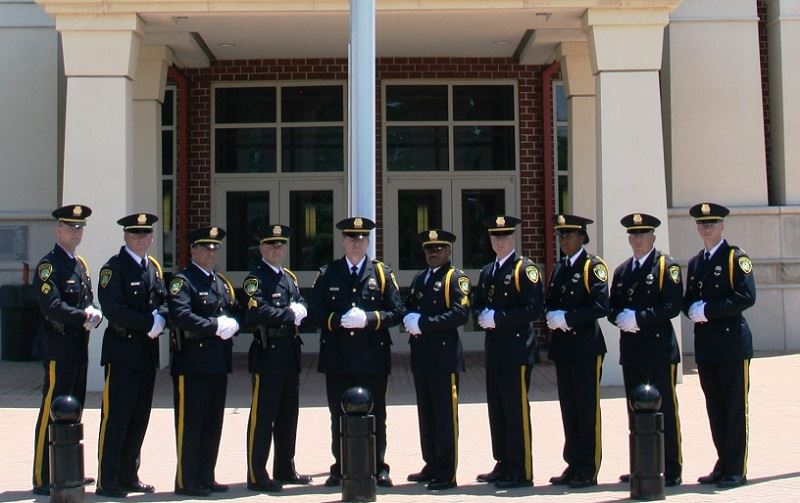 Members of the NNPD Honor Guard participate in funerals, for both active and retired police officers and VIPs, parades, opening ceremonies, and other functions deemed appropriate by the Chief of Police or his designee.

Located in front of the city hall building in downtown Newport News, Virginia, the Memorial was dedicated May 30, 1997. This beautiful structure was a 3-year community effort, and it is a symbol of our remembrance of those officers who died in the line of duty. The bronze figurines of the Memorial were created by Neil Brodin.

Each year during National Police Week, the Newport News Police Department, led by the Honor Guard, honors the 12 Newport News Police Officers who made the ultimate sacrifice in the line of duty. Each fallen officer is honored by a single bell tone accompanied by the announcement of their name and sacrifice. The Memorial Service culminates with a 21-gun salute and the playing of Taps. 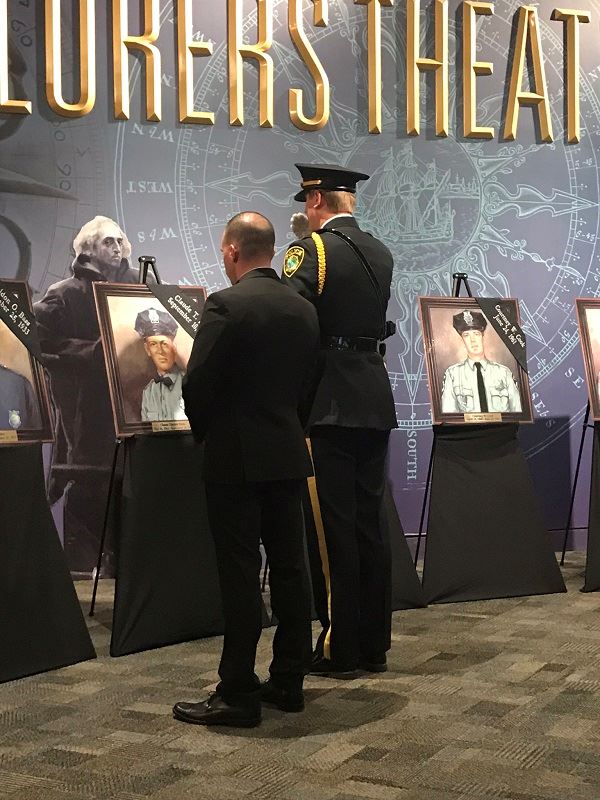