Newport News Police Department is proud to be a recipient of CALEA's Tri-Arc Award.

A Tri-Arc Agency receives CALEA accreditation in three areas – police training academy, the communications or 911 Department and the Department as whole.

NNPD received reaccreditation in 2020, and remains accredited through March 2025. The department has continually maintained compliance with the Commission’s standards for three decades.

“At the NNPD, we have an excellent team, led by our Accreditation Manager, Nathan Miller, who work tirelessly to make sure we are doing the absolute best job we can for the community we serve,” said Chief Drew. “Our Academy Director, Communications Administrator, and Department Leadership, as well as our entire team take great pride in being the best of the best and we are delighted to have received the news of our re-accreditation and Tri-Arc status,” added the Chief.

The City of Newport News Public Safety Communications is accredited by the Virginia Office of Emergency Medical Services (OEMS) for emergency medical dispatch (EMD) and has been since the program’s inception. This program promotes protocols and continued training and education in EMD. This serves as acknowledgement from the OEMS of our EMD program meeting or exceeding standards established by the National Highway Traffic Safety Administration (NHTSA) and accepted and recognized by the American Society for Testing Materials (ASTM).

Since 2014, the City of Newport News Public Safety Communications Center has been recognized by the National Center for Missing & Exploited Children® (NCMEC) for meeting the training and policy guidelines for membership in NCMEC’s Missing Kids Readiness Program (MKRP). This program promotes best practices for receiving, processing and responding to calls of missing and sexually exploited children. 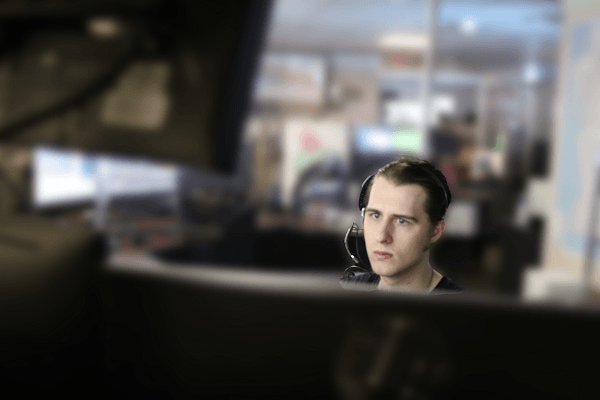 Newport News Police Department's Training Academy continues to meet the stringent requirements for re-certification as a Virginia Department of Justice Certified Training Academy. The development of re-certification criteria is designed to ensure that the minimum administrative, operational, and facility standards are maintained for all academies providing mandated training. 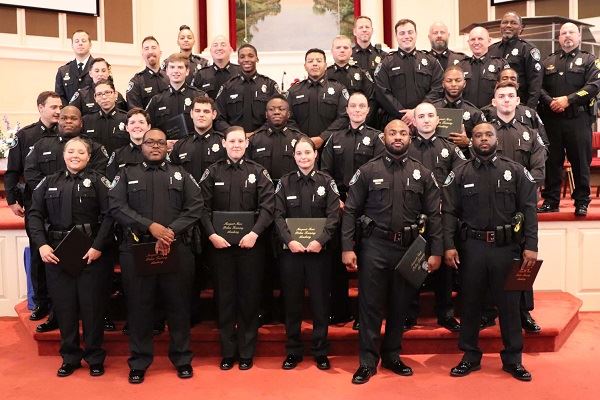 NNPD Pipes and Drums Band Places in the Top

The Newport News Police Pipes and Drums Band placed in the top in both the 2018 and 2019 Police Memorial National Pipe Band competitions in Washington, D.C.

Each year in May, the band travels to D.C. to participate in Police Week activities and the National Honor Guard Competition.

According to the National Honor Guard Competition website, the Pipe Band competition offers a "good-natured" competition between public service pipe bands to increase camaraderie and encourage pipe bands to perform quality and appropriate music while honoring fallen law enforcement officers. These performances are a tribute to the fallen peace officers, their families and to those law enforcement officers across our nation that will stand vigilant in protecting our communities tonight and every night." 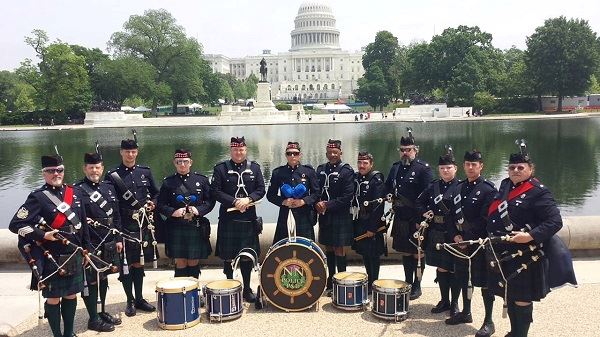 On May 3, 2018, the United States Attorney’s Office, including Tracy Doherty-McCormick, Acting United Sates Attorney, presented the 2018 Public Service Awards at a special ceremony held at the Newport News Police Department Headquarters. At the award ceremony, NNPD employees and other state and federal employees were recognized for their contributions, efforts, and professional standards that led to the conviction of over 105 felons resulting in sentences of over 520 years, to include three life sentences. Crimes included: cocaine, heroin, and other drug selling and trafficking; robbery; the sale of illegal weapons; conspiracy; fraud and racketeering; murder; child pornography and more. The following Newport News Police Department Employees received awards at the ceremony for their part in the successful conviction of these criminals. It takes a resourceful and dedicated person to achieve what these employees have done and we thank them for their efforts and are grateful they are part of the Newport News Police Department team. Congratulations to: Erik J. Kempf, Jamelle Alexander, Daniela I. Davis, Matthew Schmitt, Allison Erickson, Lloyd LeGrande, Michael Wachsmuth, Frank Vito, Thomas Spence, Jr., Emily Benson, Thomas Lenoir, Jeffrey Turlington, Richard Fish, Ryan Norris, Thomas Comer, Gaelan Doskey, Joseph Carucci, Brendan Bartley, Joshua Calhoon, and Jennifer Coner. 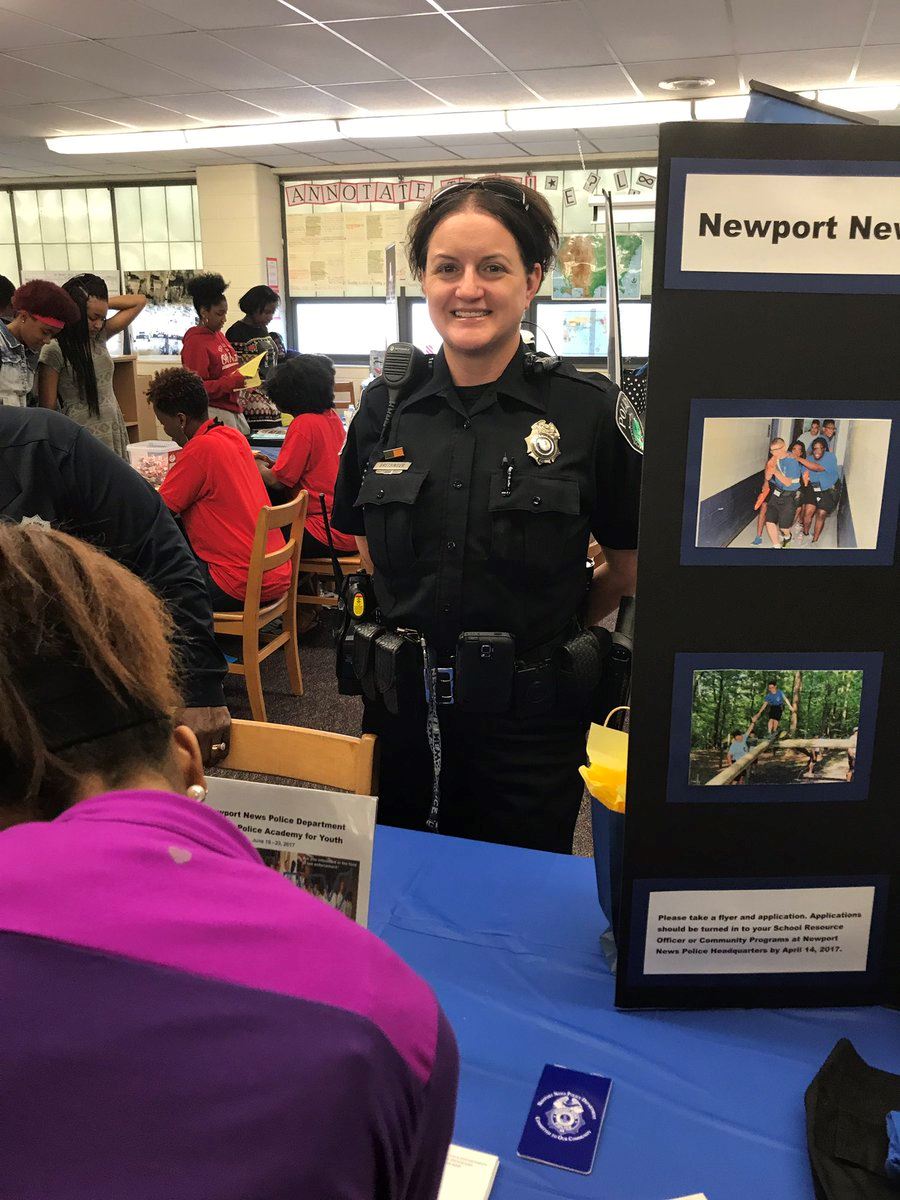 The goal of the DCJS’s Community Crime Prevention Program is to publicly recognize and certify localities that have implemented a defined set of community safety strategies as part of a comprehensive community safety/crime prevention effort. “Re-certification guidelines are very comprehensive and multi-faceted,” said Lt. J.P. Smith, who oversees all community programs for the Department. The 26-page certification and recertification manuals outline requirements including goals and objectives for all programs, a gap analysis, core community safety elements and optional community safety elements. “I’m very proud of the daily work our Community Programs Division does with our School Resource Officers, Community Resources Officers and throughout the entire Division. They work very close with our citizens and take great pride in building lasting relationships that most definitely help reduce crime in our city,” said Michael Grinstead, Acting Chief of Police.


The L. Anthony Sutin Civic Imagination Award is named in memory of Tony Sutin, who served as a founder and deputy director of the COPS Office from its creation in 1994 to 1996. This annual award is bestowed upon a collaborative team of law enforcement and community members whose innovative civic interactions have transformed public safety in their community. The ideal nominee creates community collaborations that are innovative, creative and transformative; displays civic leadership through problem solving and collaborative partnerships; and promotes public safety through dedication to the community policing philosophy.
​
​“It is an honor to have been nominated for and to receive the 2017 L. Anthony Sutin Civic Imagination Award. It is an even greater honor to share this award with our partners in law enforcement, the Newport News Sheriff’s Office and our community partners, An Achievable Dream,” said Newport News Acting Chief of Police Michael Grinstead. “The school’s mission clearly aligns with ours in helping children to become morally accountable and productive citizens. As law enforcement officers, we consider it our responsibility to provide leadership to the children of this community and by doing so, we hope to inspire futures and help shape characters,” added Grinstead.
Bill Pay
Jobs
Property Information
Taxes
Permits
Solid Waste
City Council
Visit Us
Government Websites by CivicPlus®
[]